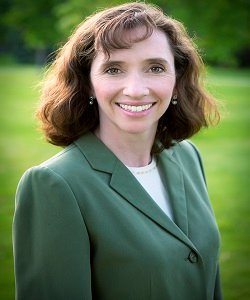 1.    Have you received, will you accept, or will you refuse to accept campaign contributions from donors and companies from the O&G industry or with strong financial interests in O&G development?  If your campaign has already accepted O&G donations will it give them back? Please explain.

I am not aware of any O&G donations to my campaign and would refuse them.

Do you think that Fort Collins should adopt new regulations for O&G development? If yes, what scope of regulations will you advocate the City to adopt?

Yes, we know that air quality is worse close to oil and gas operations. Nearby residents suffer from health problems like asthma – and often people of color and people with low incomes are disproportionately affected. That’s why the Colorado Oil and Gas Conservation Commission has increased setbacks from time to time. Through a recent separate feedback process, Fort Collins residents expressed their opposition to allowing oil and gas near schools and in parks and natural areas, and it’s important we honor their concerns. It’s also important to note that  the impact of further restrictions would be limited since there is only a small fraction of land within city limits that is known to have oil and gas.

Do you support a 2000′ or 2500′ setback from homes, schools & their playgrounds, high occupancy buildings, outdoor recreation areas (such as parks and trails), and water sources from new O&G operations? Please explain.

In November, the Colorado Oil and Gas Conservation Commission enacted the toughest rules in the country, including 2000′ setbacks for new wells from homes and schools. I support their rulemaking.

Fort Collins currently has a reverse setback of 500′ for new residential construction from existing O&G facilities, and allows exceptions for reduced reverse setbacks.

Do you support increasing the reverse setback without exception? Please explain.

Fort Collins is currently reviewing the zoning and regulations for oil and gas. I would seriously consider increasing reverse setbacks and limiting or eliminating variances as part of that package.

What do think Fort Collins should do to address its air quality problem(s)?

Improving the air quality is a priority for me. Every sector has a role to play. We must find ways to reduce the use of gas- and diesel-powered engines, such as by setting up electric infrastructure at City Park for food trucks. I’m excited that the Colorado Air Quality Control Commission recently adopted a first-in-the-nation rule to cut methane emissions at oil and gas wells – and it was done by a compromise crafted by both environmental and industry groups. The city should seek similar opportunities to influence decisions at the county, state, and federal level. I would also advocate for more public education on such issues as cars idling at train tracks and the benefits of electric lawn mowers.

Would you support 24/7 monitoring and real-time reporting of air quality and emissions at all O&G sites and facilities in proximity to Fort Collins? Should this monitoring and reporting be paid for by the operator? Please explain.

It is my understanding that in response to SB 19-181 that state agencies already require oil and gas facilities to do continuous air emission monitoring.

If state agencies are overseeing air quality and operators are already collecting this information, then the city of Fort Collins should push for more timely access to the reports.

Would you support collaboration by Fort Collins with other Front Range communities in taking legal action against polluters responsible for emissions that harm Fort Collins air quality, such as polluters in neighboring counties? Please explain.

Regional collaboration and state regulation will be key in improving air quality. The state has made great gains in the last two years. Collaboration is more effective than legal action. However, much more work is needed to find common ground with Weld County.

4.    Fort Collins is one of four municipalities that own and govern the Platte River Power Authority (PRPA) which provides electricity to the four municipalities including Fort Collins. In 2019, PRPA committed to achieving 100% clean energy generation by 2030. PRPA recently adopted a plan that includes building and operating a new natural gas-powered turbine around the same time it retires its Rawhide Coal Plant, which will be in conflict with PRPA’s stated commitment to 100% clean energy.

Would you support holding PRPA to the goal of 100% clean energy by 2030? Please explain.

Yes, it’s crucial to stop burning coal at Rawhide and get PRPA to 100% renewable sources by 2030.

Would you support requiring PRPA to establish and report with interim targets (such as for 2023, 2025, 2027) for achieving 100% clean energy? Please explain.

Yes, interim targets are good for measuring progress and course-correction, as needed, and I would support them.

Would you take a strong position for the City to actively oppose this type of O&G development? Please explain.

I would advocate for the city to take a strong position against any proposal that negatively impacts our residents and our environment.